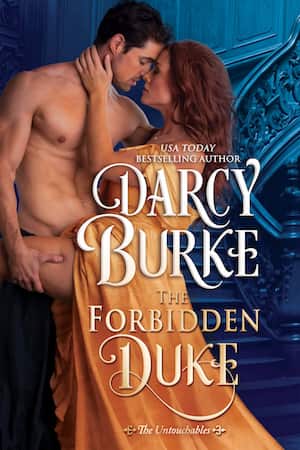 Miss Eleanor Lockhart stared at her father in open shock. “You have nothing left?”

Nora stared at him from the recesses of the ancient settee, whose broken leg was propped up with a stack of books. He’d lost all his money—or almost all, apparently—to a bad investment scheme. “What was it again?” she asked, shaking her head.

Father had always been a bit of a scatterbrain, but she hadn’t realized the depth of his ineptitude when it came to financial matters.

He coughed. “A building situation in Sussex.”

That sounded terribly vague. Unfortunately, she suspected he couldn’t provide a more detailed description, likely because he didn’t know one.

“What am I to do, then?” She asked the question plainly, without emotion, despite the thundering of her heart and the fear spreading through her limbs as she contemplated what her future might be. With no husband and nothing but a scandal-laden past to her credit, Nora had few options.

Father straightened and turned toward the window overlooking their small property on the edge of town. He leased the cottage and its surrounding garden. It was home—where Nora and her sister had grown up, where they’d plotted their exciting futures as countesses or duchesses, where Nora had returned, defeated, after leaving London in ruin in the midst of her second Season. It was where Nora had presumed she would live her spinster life, until such time as she had to find her own smaller cottage with the modest income her father left her. However, that was not to be.

“Your sister would surely take you in,” Father said without looking at her.

Nora doubted it, not because Joanna wouldn’t want to, but because her husband, the vicar, would likely disallow it. Nora was a pariah, a loose woman who’d been caught kissing a gentleman who wasn’t her husband or her fiancé. She was not the sort of woman Matthias Shaw would invite to live in his vicarage.

“I find that unlikely,” Nora said softly, her mind working even as her spirit was failing.

“Perhaps Cousin Frederick’s wife will take you in.”

Cousin Frederick who had died five years ago? He and his wife, the daughter of a baron, had sponsored Nora ten years earlier. They’d been kind and generous, and Nora had dreadfully and mortifyingly humiliated them with her scandalous behavior. They’d shipped Nora back to St. Ives immediately following her fall from grace with the explicit instructions that they would not be sponsoring Jo.

Since Cousin Frederick’s death, his wife Clara had remarried, and Nora couldn’t imagine she would reopen her home to the woman whose behavior had utterly embarrassed her. Perhaps when the gates to the Underworld were coated in frost.

Nora didn’t even bother responding to her father’s ridiculous suggestion. Instead, she tossed him a glower and gritted her teeth behind tightly closed lips.

He smiled in return. Rather it was a pained stretching of his mouth which only underscored how much he disliked confrontation, especially with his daughters. “I suppose you could find a position as a lady’s companion or perhaps a governess.”

He made the comment blithely, as if such employment grew on trees and were ripe for the picking. “Just how am I to do that?”

His brow pleated, and his eyes darkened. “How am I to know? You’ll work it all out. You’re a smart gel, like your mother was.” His tone softened. He wasn’t a particularly sentimental father, but Nora knew he’d loved her mother and still missed her, though it had been twenty years since her death.

Nora stood, intending to go and speak with her sister at once. Jo might not have any suggestions, but she at least possessed a sympathetic ear. The only one Nora had.

The afternoon was cool and overcast, but Nora was quite warm from her walk by the time she reached the vicarage on the other side of the village. Jo’s housekeeper, Mrs. Kettler, showed Nora to the small sitting room to await her sister.

A moment later, Jo entered, her dark brown hair swept into a neat style, her hazel eyes sharp and assessing. “I wasn’t expecting you today.”

What she didn’t say was that her husband didn’t like surprises, particularly from Jo’s outcast sister. “I know. I needed to speak with you urgently. We can go for a walk if you’d prefer.”

Nora saw no need to prevaricate. Jo knew their father’s flaws as well as anyone. “Father has lost his money in an investment scheme. He is moving to a small cottage on his brother-in-law’s farm in Dorset.”

Polly was Father’s younger sister, and they did not get on well. Nora and Jo had met her all of four times in their entire lives. “He’s going to live in a tiny cottage on the far reaches of their sheep pasture. I daresay she will avoid him as much as possible.”

That was true. And while the cottage they were allowing Father to live in wasn’t large enough to accommodate Nora, perhaps they had room in their house. Furthermore, they had children. Perhaps they needed a governess. Nora nearly laughed at that thought. They weren’t the sort to have a governess. They lived in the country because they preferred a simple life.

Jo gestured for Nora to leave the sitting room with her. “Let’s take that walk.” She went into the entryway, where she donned gloves and a hat. “Will I be warm enough?”

Nora was wearing one of the few serviceable gowns she owned—a light wool—and nothing else for added warmth. “You’ll be chilly at first, but you’ll warm up.”

Jo nodded and opened the door for Nora to precede her outside. “Are you going with him to Dorset?”

The sun was now peeking through the clouds. Nora tipped her head down so that the rim of her bonnet shaded her eyes. “There isn’t room for me. I have to find another arrangement.”

Jo stopped in her tracks, turning to stare at Nora. “You can’t mean—”

Nora touched her younger sister’s arm gently. “No, I do not expect to live with you. I know Matthias would never allow it.”

“Don’t be. It’s my fault you’re married to such a stiff-neck anyway.” Because Nora’s ruinous behavior had ruined her chances for a Season.

Jo frowned as she glanced back toward the vicarage. “Don’t say that. I know you see him as unforgiving and judgmental, which I agree are not the best traits for a vicar,” she said wryly. “However, he’s a kind husband. I could do far worse.”

The unspoken words invaded Nora’s brain and took up residence. This was not the life she’d planned. Alone. Lonely. And now with an absolutely unknown future before her. All because she’d flirted with the wrong man and foolishly accepted his love-soaked, specious invitation to meet him privately. She’d quite made her own mess.

Nora started walking again, and they made their way along the narrow lane that led to the vicarage before cutting across the field to a shallow stream where they liked to take picnics in the summer. “Anyway, I was hoping you could help me think of something. I doubt Aunt Polly would take me in.”

Jo made a face. “You wouldn’t want to live on a sheep farm. I don’t suppose Cousin Clara would allow you to live with her, not after what happened. No, that way is closed I think.”

Firmly. Nora nodded in agreement. “Father suggested I become a governess or a lady’s companion.”

“That’s not a terrible notion,” Jo said. “Is experience required for such work?”

Nora shrugged. “How difficult could it be? Especially as a lady’s companion?”

Jo winced. “Will your…past be an issue in obtaining this sort of employment?”

Nora exhaled. “I don’t know. But I don’t seem to have any other choice. I shall write to an agency in London and make an inquiry.”

“Perhaps you should use a different name—maybe take Mother’s.”

Nora smiled as she cast a sidelong glance toward her sister. “And become Eleanor Godbehere?” They giggled together.

Jo shook her head. “Poor Mother had the most tragic surname.”

And ill-fitting since God hadn’t seemed to be anywhere around when she’d succumbed to a long and particularly painful illness when Nora had been just seven and Jo only five.

As they neared the stream, Nora stopped and stared at her younger sister, whose life she’d also inadvertently ruined nine years ago. “I think I’d prefer to be honest about who I am. Disingenuousness is what led me into disaster in the first place.” She’d told Cousin Clara, her sponsor, that she was going to the retiring room with another young lady. Instead, Nora had gone to the library to meet Lord Haywood, the man she’d fancied herself in love with.

Jo strolled to the edge of the water. “I suppose that’s the best thing to do.” She smiled at Nora. “You are not at all the foolish girl you were nine years ago.”

“Thank goodness, no.” Nora shuddered to think of that wide-eyed, naïve young lady. If she could go back and behave differently, she’d do it in a trice. She bent and picked up a smooth rock, then joined Jo where she skipped the stone into the brook with a flick of her wrist.

“Will you be at all anxious to be in London?” Jo asked.

Nora thought about what she might say or do if she saw the people who’d been so quick to disdain her, or worse, if she encountered Lord Haywood. She shook her head. She was getting ahead of herself. “I may not even end up working in London.”

“If you’re to be a companion, I daresay that’s precisely where you’ll be, especially with the Season starting.”

Yes, that would be the best arrangement. The thought of returning to London—the dinner parties, the promenades, the balls—was a bit daunting, but it would also be a change of pace from the lonely life she’d inhabited in St. Ives. It was also far better than a sheep pasture.

“You’ll write to me every day?” Jo asked, her gaze earnest and intense. “I will write to you too—for support.”

Nora nudged Jo’s arm as they stood side by side facing the stream. She was immeasurably glad to have this one ally. “I will.”

“I wish Mother hadn’t died,” Jo said quietly, her gaze directed at the water, her mouth turned down at the corners.

Nora put her arm around Jo’s shoulders. “I wish that too, but at least we have each other.”

Jo turned a warm smile toward her sister. “We do, and we always will. Even if you aren’t anxious about London, I am. I don’t want to see you hurt again.”

Nora appreciated Jo’s concern more than she could know. She let go of Jo and squatted down to pick up another rock. “It’s unlikely anything like that would happen again—I’ve quite learned my lesson.” She tossed the rock into the stream.

Jo clapped her hand over her mouth. When she dropped it, she said, “You shouldn’t tempt fate like that.”

No, she shouldn’t, but it seemed Nora didn’t know any other way.

« Return to The Forbidden Duke